Our commemorative plaques are used to honor a person, an event, a former use of a place, or something special. In addition to traditional rectangular bronze plaques, we also have the ability to customize the shape of the plaque. 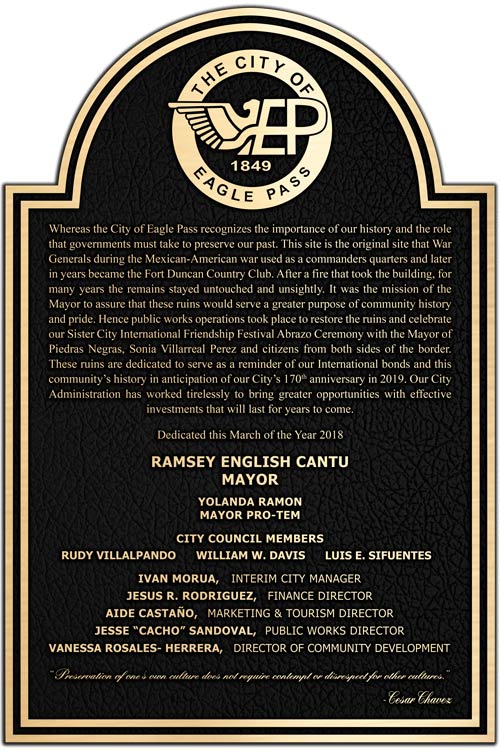 Each plaque we produce is fully customizable. Above is a unique shaped bronze plaque for the City of Eagle Pass Texas. The curve at the top of the plaque allowed us to insert the City’s logo. Additional design elements included a raised double border and a black leather textured background. All of the wording on the plaque was raised, including the cursive font at the bottom.


Wording used for this commorative plaque

Whereas the City of ___ recognizes the importance of our history and the role that governments must take to preserve our past. This site is the original site that _____ during the ____ used as a ____ and later in years became the ___. After a fire that took the building, for many years the remains stayed untouched and unsightly. It was the mission of the Mayor to assure that these ruins would serve a greater purpose of community history and pride. Hence public works operations took place to restore the ruins. These ruins are dedicated to serve as a reminder of our ___ and this community’s history in anticipation of our City’s ___th anniversary in ____. Our City Administration has worked tirelessly to bring greater opportunities with effective investments that will last for years to come.

How much does a Bronze Plaque Cost?

Planning a project? Fill out this short online form for instant access to plaque pricing and our getting started guide.

Aluminum and bronze plaques ranging in price from $250 and up. Contact us today for bronze and aluminum plaque quotes. We do not change extra for including images and logos 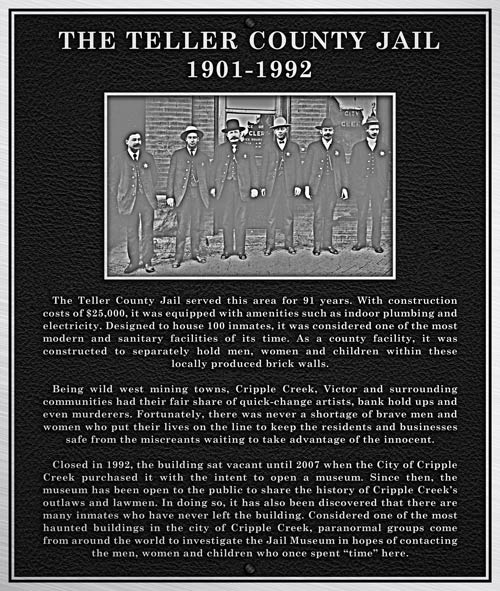 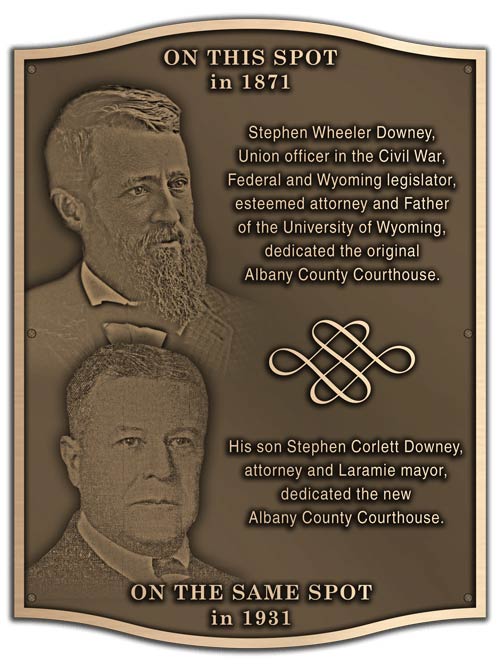 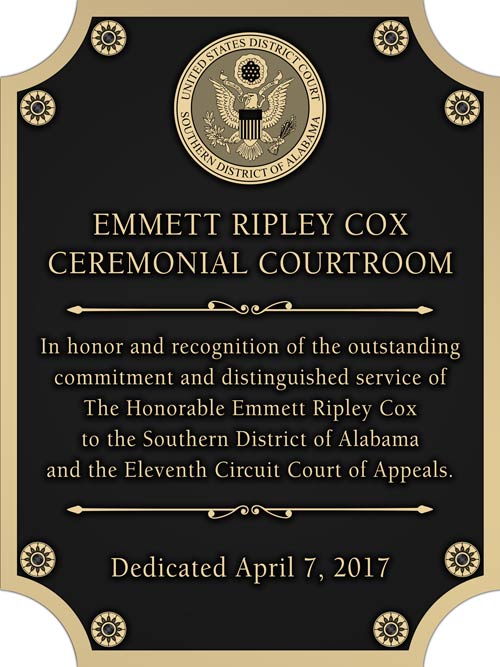 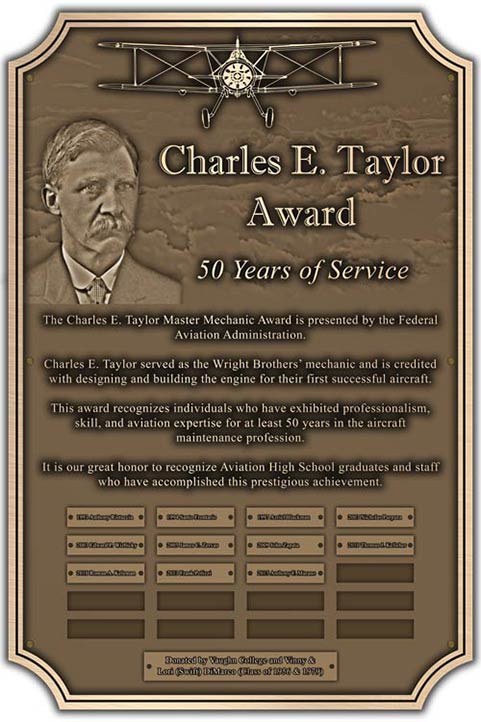 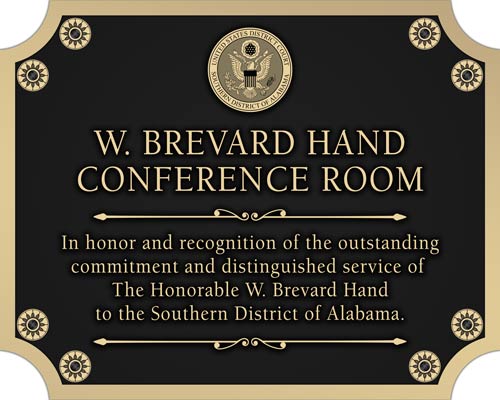 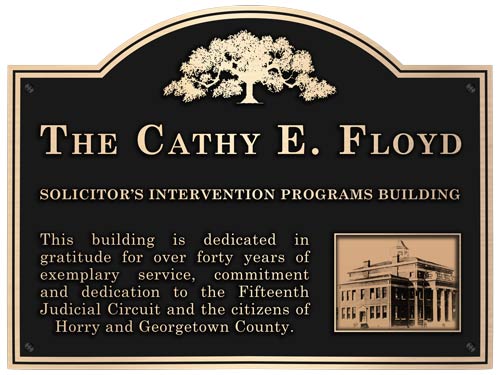 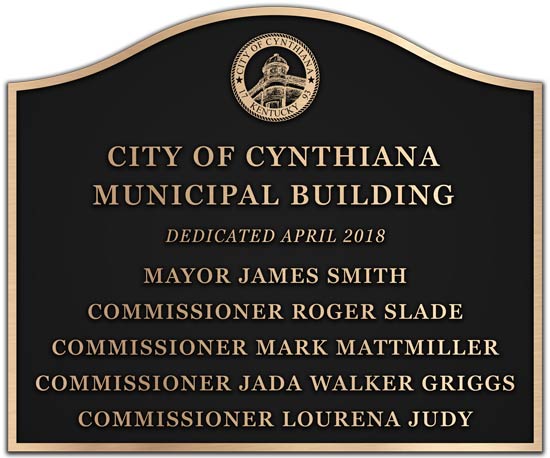 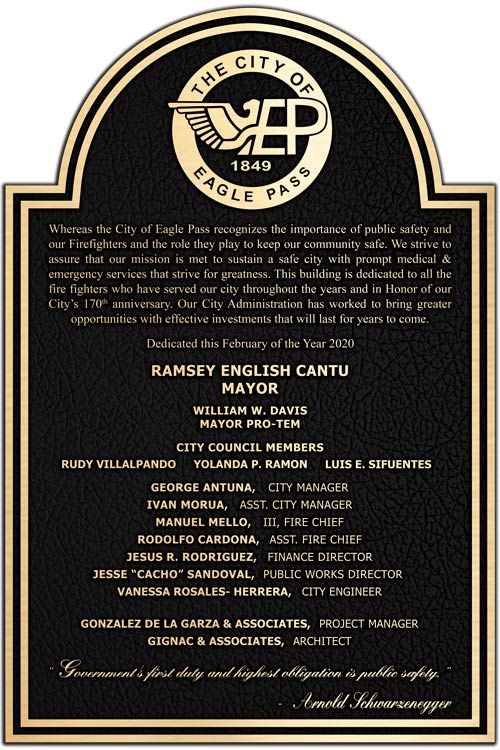 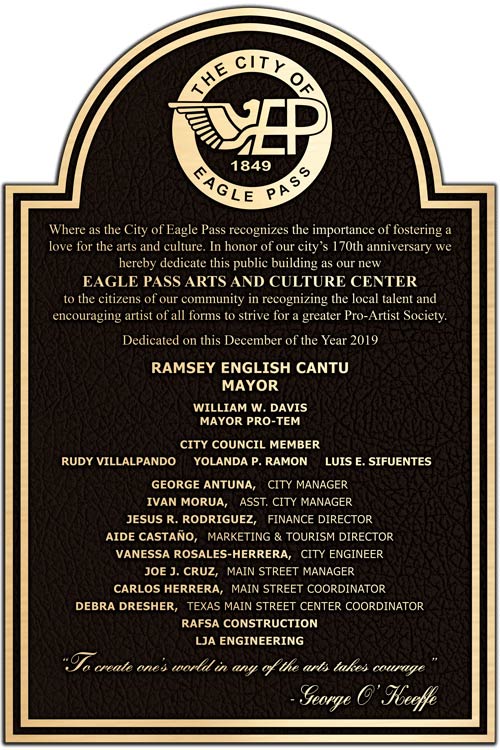 We had the opportunity to produce two bronze dedication plaques that were used in a plant dedication ceremony that the President of the United States attended. This was a last minute dedication ceremony and the client needed the plaques in less that 7 days. We delivered the two plaques on time a day ahead of schedule. 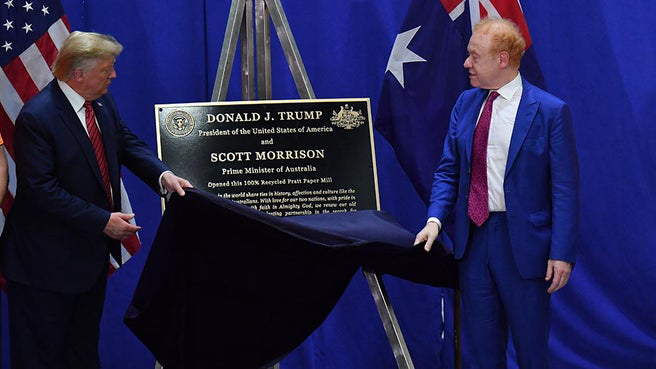 Cast bronze bas relief plaques allow you to have much more relief than engraved bronze plaques. An artist creates a clay mold that is then cast into solid bronze. These plaques can be as thick as 1.5" depending on the requirement. The production time is six weeks.

It was a great honor to work with the United States District Court for the Southern District of Alabama. We created seven of these 34" diameter cast bronze bas relief plaques for a new courtroom.

A Division of the Get Plaques, LLC